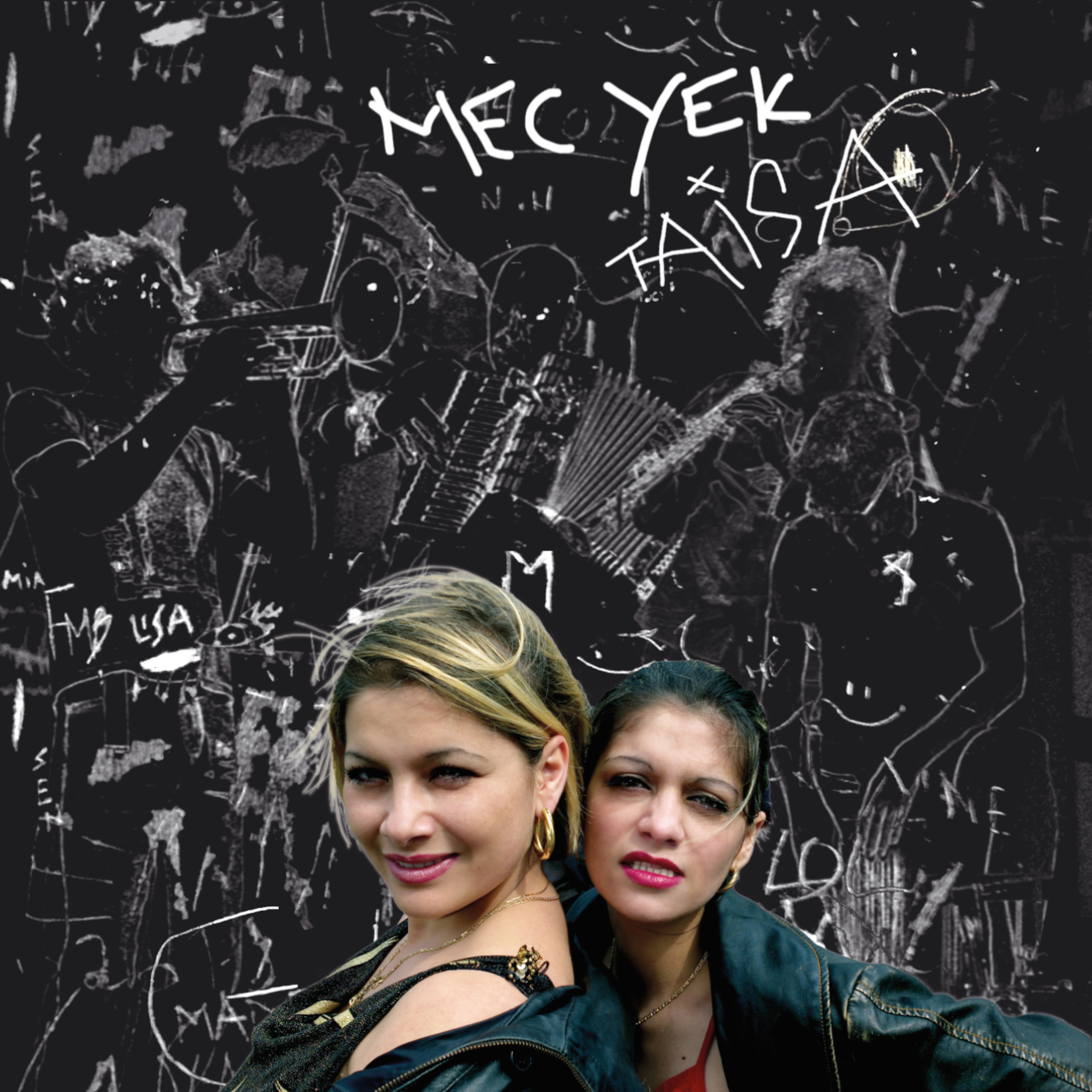 Mec Yek - Taisa
Digipack with booklet containing all the lyrics translated in Dutch, French and English

Sometime midway through the 1990s, Piet Maris (frontman with the acclaimed Euro roots outfit Jaune Toujours) began to make contact with gypsy musicians and, through their guidance and contacts, to travel regularly to a Roma community in Slovakia. Through the latter, the ever curious musician learned their gypsy style of playing. Afterwards, this repertoire was thoroughly reintepreted by the musicians of Jaune Toujours, who, in their usual fashion, began pushing the music beyond the boundaries of tradition by adding their own musical flavours to the sound.  At first, the more traditionally-minded gyspies in the band’s audience frowned in astonishment at these changes but the sound began to catch on with the younger Roma. The latter’s stamp of approval was, ultimately, given authority when two young Roma singers - Katia and Milka Pohlodkova - joined the band on stage and never left… The gypsy incarnation that has developed from Jaune Toujours is called Mec Yek!.

Piet Maris: “When I look back, I’m pretty impressed with the itinerary of more or less 20 years we embarked on together with Katia and Milka. From that first moment on stage, when we had just fallen into each other’s cultures, as a manner of speaking, we were still discovering our common identity  and the way we deal with music. The way we look at things, how we’re positioned in our lives, the differences but at the same time the similarities between the cities we live in... All those years at least we have worked together to present a valuable, authentic alternative for the clichés that still surround the Roma, the gypsies.”

As you’d expect from Mec Yek’s origins, their music contains quite some musical surprises. Some years after SuperDiverCity they present a new album ‘Taisa’, meaning ‘tomorrow’. It’s the ‘mañana’ from the Roma, you could say. And the Covid year 2020 will show to be decisive for the sound of the new repertoire. Mec Yek has opted for a lightweight percussion device, so that it could be easily manoeuvred for safe rehearsals in a wide variety of locations: outdoors or in large indoor spaces, with the necessary distance. For the repertoire itself, Katia and Milka went back to their youth in Kosice, Slovakia, to a demo of songs they made with their brothers. But there are also special arrangements of traditional Roma songs. Singing is in Romanes, but sometimes also in Russian and there is even a little bit of Dutch. With a wide range of styles, from tarantella to ska to island blues. But against all odds : Mec Yek is a gypsy band without a violin.