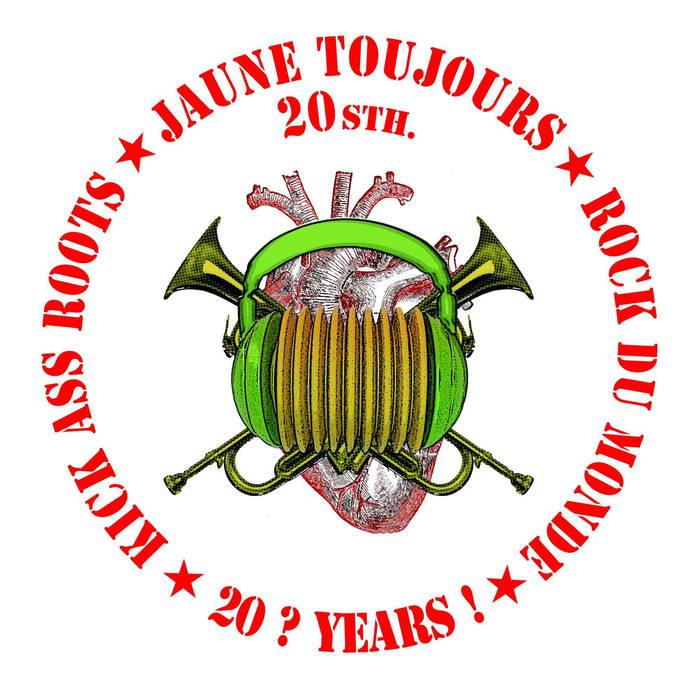 The Choux de Bruxelles office is flooded with new sounds coming from the rehearsal boot these days. Admittedly, they come with some sweat smells and nervous laughter too, because Jaune Toujours is working on new songs. For a new album, yes. In February we release a first single, in April we drop the rest of the shizzle.

For those of you who want to follow their adventures - up close but without odor nuisance - you can watch their vlog on our YouTube ​ channel as of January. So subscribe! For everyone's mental well-being - and the oxygen supply - we'll be airing the band a last time in December, in honor of 10 years of Goudblommeke Van Papier, the café for which they also played the opening concert 10 years ago.

Hardcore fans can be pacified with the numbered limited edition (300 copies) of the Collection box '20 sth' with 20 years of Jaune Toujours in 8 albums. All CD's are also available separately.