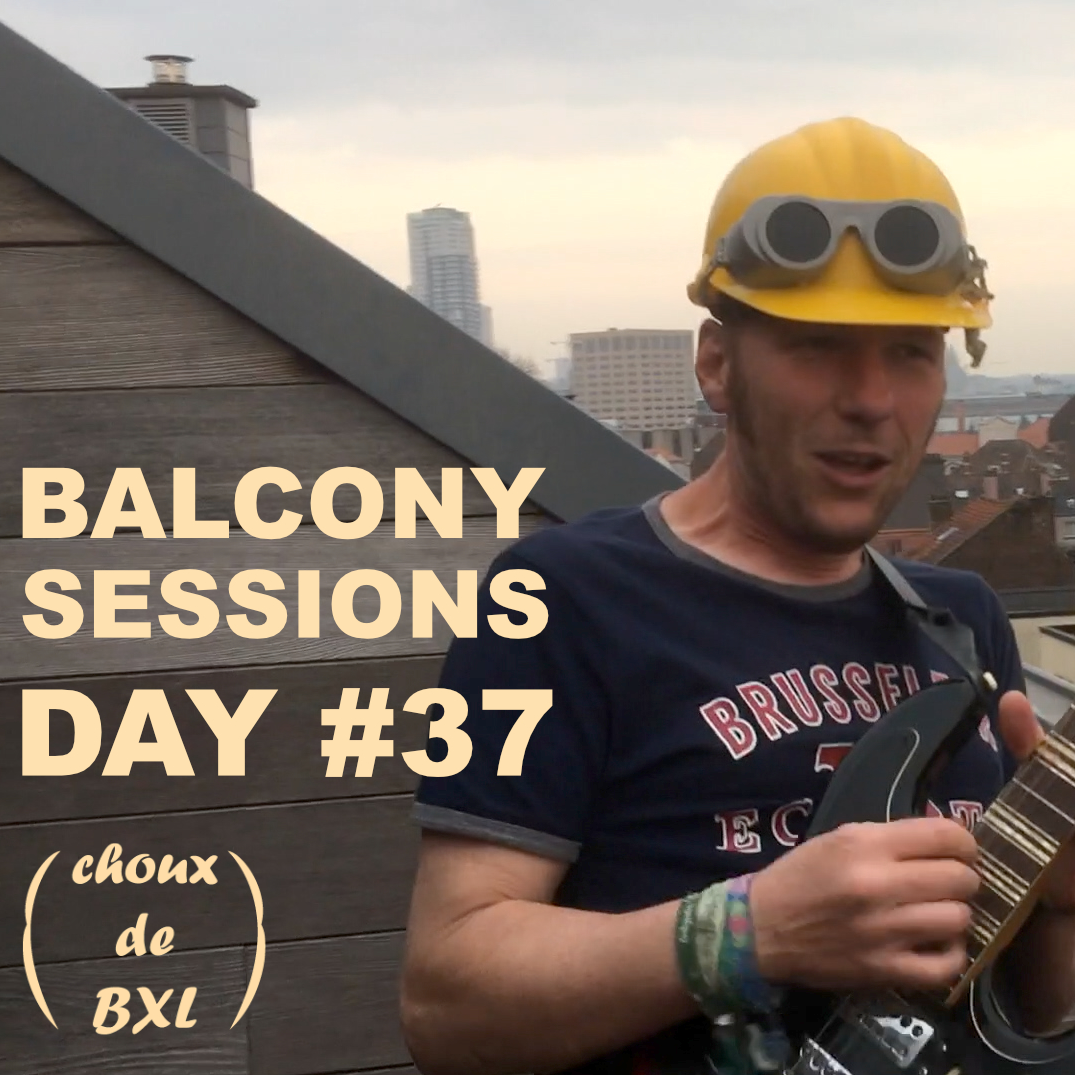 Day 37 of the Covid19 quarantine:
Ik zonder/ Moi sans den Theo: 'Robots' from the album Ik en den Theo / Moi et le Theo 2.0 (2016) incl. power cut at the end! (but no panic the guitar is still operational: I managed to get the sound switch button in between 2 positions - a first! never happened before!)

Bilingual in French and Dutch for all those lovely wee ones out there!
Listen to the original version from the second album on Bandcamp!

Here's some nice anecdote about this guitar: it hung as decoration in Piet's room in the small house he used to live in at the end of his university years. When he had Timothy "T.V." Smith (yes, from 70's punk band The Adverts!) staying over after a concert in - at that time - the smallest Belgian music club Jeugdhuis Het Uur, which he started up with the incredible Filip van Ongevalle (and to be honest, we started it up together, but he really did run that club). Long story short: TV Smith advised Piet to get the guitar of the wall and have it repaired, as he recognised it as a genuine Hoffner Galaxy (yes the guitar the Beatles played on!). And the rest is history!