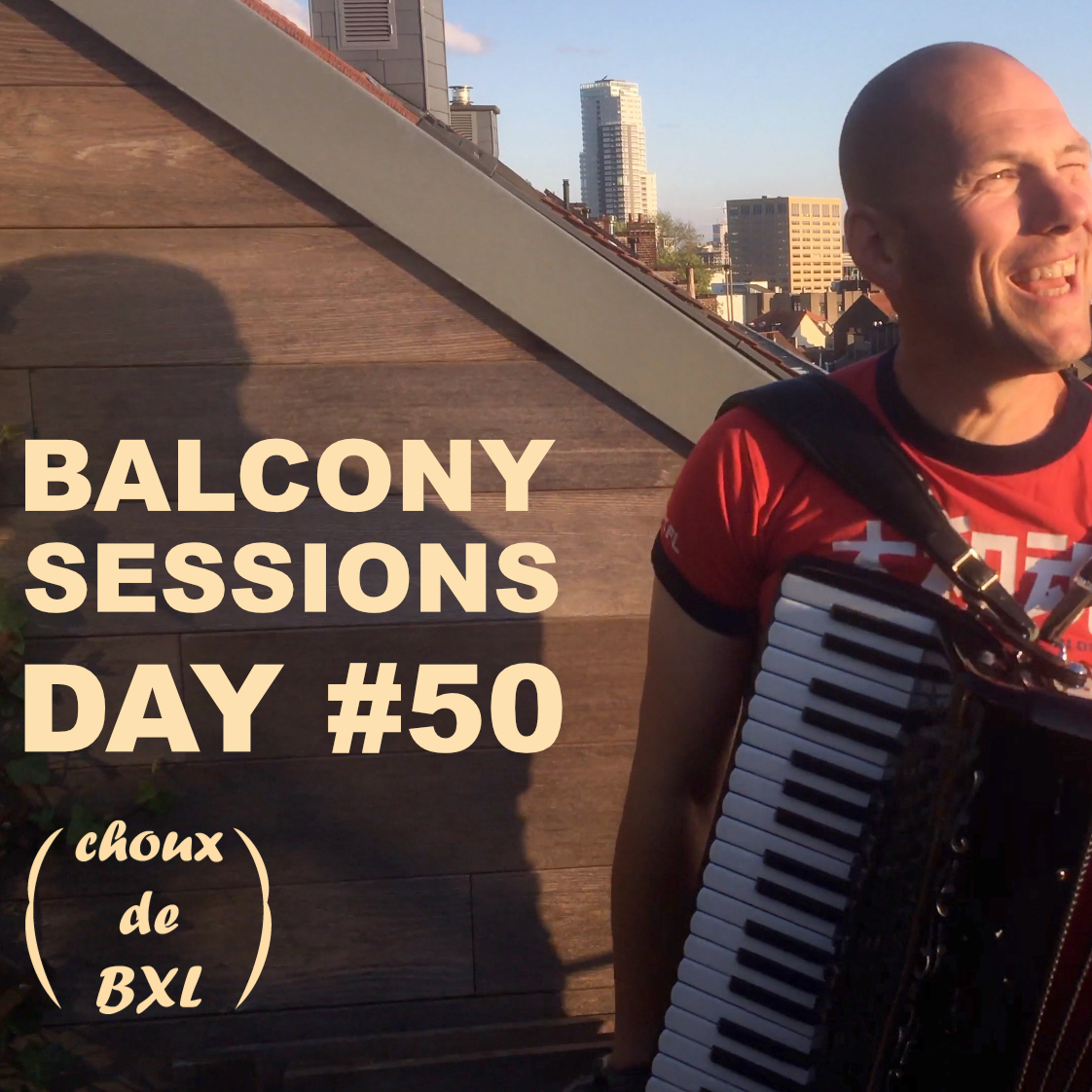 Day 50 of the Covid19 quarantine:
“Quoi”, by Jaune Toujours, performed by Piet Maris

And as we are day 50 of the Balcony Sessions, and as hardly nobody in our street is clapping anymore (not for us, we don't mind, but it's about the medical and other care people, remember?) we thought: ok, we can close off this series with this song...

Time for something else, starting as of tomorrow, stay tuned!

Listen to the original studio version from the album "Camping del Mundo" (2002) on Bandcamp.