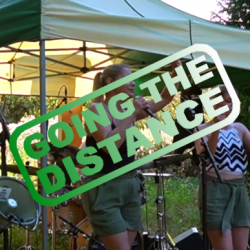 Going The Distance...
Because giving up is simply not an option!
We'll get through this.
Together.

I'm black
They call me black
Yay, the bomb!

A little black humour won't go amiss in these dark times.
Or, as Otto Julius Bierbaum wrote in his novel Yankeedoodlefahrt: "Humor is when you laugh anyway" ("Humor ist, wenn man trotzdem lacht")

Kali Som, a Roma traditional updated by Mec Yek and captured in its live performance at ChouXS-Fest.
From the album SuperDiverCity (see https://mecyek.bandcamp.com).

Subtitles are available in Dutch, French and English. 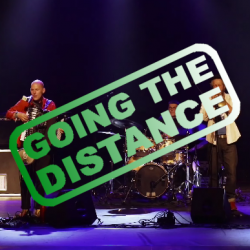 Times are awkward at best, hard for most, which is why we started with a new series: Going The Distance.

Get in touch and please do let us know how you're doing in your corner of the world!
Together, and with music, we'll get through this.

Captions in English, Dutch and French

What if…? A light-hearted question-and-answer game to heighten your spirits in these awkward times.
Question/Réponse by Jaune Toujours, captured in its live performance at Stadsschouwburg Leuven for the online edition of Wereldfeest 2020. 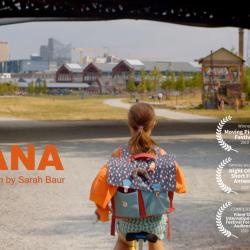 We are very happy to announce that our short film YANA was selected for the short film competition of Filem'On - International Film Festival for Young Audiences, a ten-day festival from October 28 to November 7, 2020.

The festival presents a unique program with over 130 films, for an audience of 2 to 16 years old.
There are Belgian, European and international competition sections, and many films are shown in the presence of the director or one of the actors.

Yana is part of the selection of short films under the name Vlinders?! : a series of intimate stories, in different styles, about growing up, letting go and pushing your boundaries.

School screenings Vlinders?!
On 28 and 29 October at Cinema Palace at 10 h
reservations: comfilemon@gmail.com

A 3-star review for 3'Ain in RnR Magazine

Like the name, the music requires effort, but the beautifully crisp, clean and atmospheric playing does indeed repay that effort.

A great 3-star review of 3'Ain's debut EP by Norman Darwen in the English RnR Magazine!

Read the full review by clicking the link on the right. 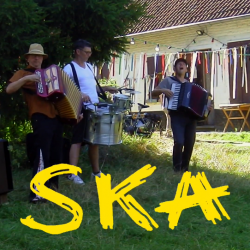 Here's a first video looking back at our ChouXS-Fest 2020 in August, featuring our accordion orchestra La Nouvelle Harmonie Bruxelloise d'Accordéons with One Step Beyond.
Enjoy!

3’Ain is let down slightly by its lack of cohesion ... However, as a series of musical vignettes, each track stands up well on its own

3,5 Stars for 3'Ain's first EP from Gareth Thomas in the British Jazz Journal!

"The absence of drums contributes to a music that is open and uncluttered, allowing the listener to really appreciate the interplay and musical dialogue between Martini and Maris. But where some rhythmic backbone is required, Otto Kint steps in with his double bass, as in the percussive opening to Njord Puffin.
As an album 3’Ain is let down slightly by its lack of cohesion. Tracks end rather abruptly which can spoil the flow of the overall album ... However, as a series of musical vignettes, each track stands up well on its own."

But isn't that exactly what EP's are for? :)

Read the full review on jazzjournal.co.uk 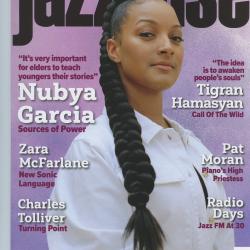 " This Belgium-based trio's five-track EP is boosted by the moodily animated presence of the scintillating Syrian trumpeter Yamen Martini; otherwise it's an engaging mix of Arabic-inflected melody, accordion-based Musette, Tango and improv."

A funny 3'Ain review by ConcertMonkey

Read the full review (in French) on the Concert Monkey website!