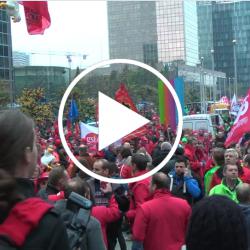 National manifestation November 6, 2014 in Brussels: what you didn’t get to see through the mainstream media. 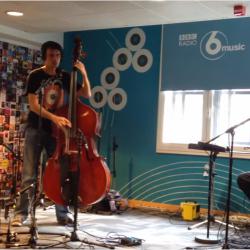 UK calling again! End of May 2014, Jaune Toujours was on ‘World on 3′ at BBC Radio 3, their album latest ‘Routes’ earned 3 stars in the Guardian and 4 in The independent … And now again, they received an invitation to play a live session at ‘Cerys on 6′, BBC Radio 6, September 2014. The 4th BBC session meanwhile for Jaune Toujours in their musical career. The session will be recorded on the 18th of September – Scottish Independence Referendum Day – to be broadcasted on sunday the 21st of September.

Check out the live recording in the clip below! 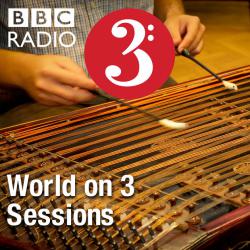 The Belgian cult band with its irrepressible sound, a mix of accordion, wind instruments, percussion and voice, exploring contemporary issues with strong social and cultural undertones.

Recently, Jaune Toujours’ latest album ROUTES did pretty well in the UK media, with – amongst others –  three stars in the Guardian and four in The independent. Now, Jaune Toujours has been invited to play a live session on ‘World on 3’ at BBC Radio 3, the 30th of May 2014. This isn’t the first BBC session for the band though: in 2005 they played at the London CBS-studios for BBC icon Andy Kershaw, in 2007 they performed on the BBC stage at the Womad Festival and in 2009 they did another ‘World on 3’ session with their Gipsy incarnation Mec Yek. All the info you need is right here on BBC's website. 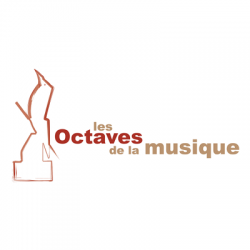 Les Octaves represent a yearly award by the French speaking community in Belgium, given to artists form different musical disciplines. Professionals are responsible for the selection: agents, managers, labels, artists and distributors. Felicitations to winner Jawhar! 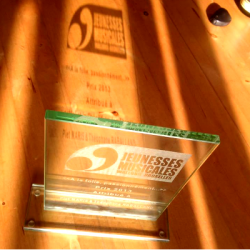 Ik en den Theo / Moi et le Théo (kids project by Piet Maris & Théophane Raballand from Jaune Toujours) win the Jeunesses Musicales Prix 2013! They’ll receive the award on April 29, out of the hands of Fadila Laanan, Minister of Culture of the French speaking Community in Belgium, at the presentation of the new season Jeunesses Musicales 2014-2015. 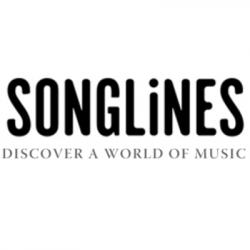 ‘ROUTES’ gets a four star review in Songlines UK!

One feels that Jaune Toujours are more confident than ever

Another awesome review by Howard Male for Songlines UK! 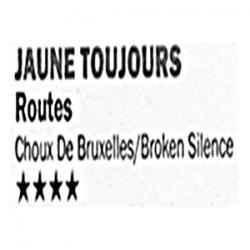 Once again an awesome review from Germany, this time by In Music. 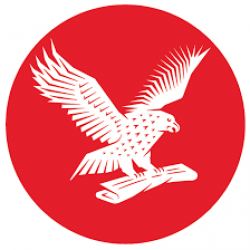 Four star review for ‘ROUTES’ in The Independent!

Global fusion bands tend to ghettoise: playing a couple of ska tracks, adding a dash of dub, throwing in a blast of Balkan brass and so on. This long-established Belgium outfit are the exception to this rule and end up with a uniquely characterful sound.

Another great review from Howard Male for The Independent on Sunday!

Another awesome review!
This time by Howard Male for Songlines UK. 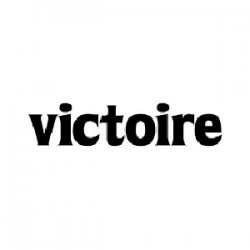