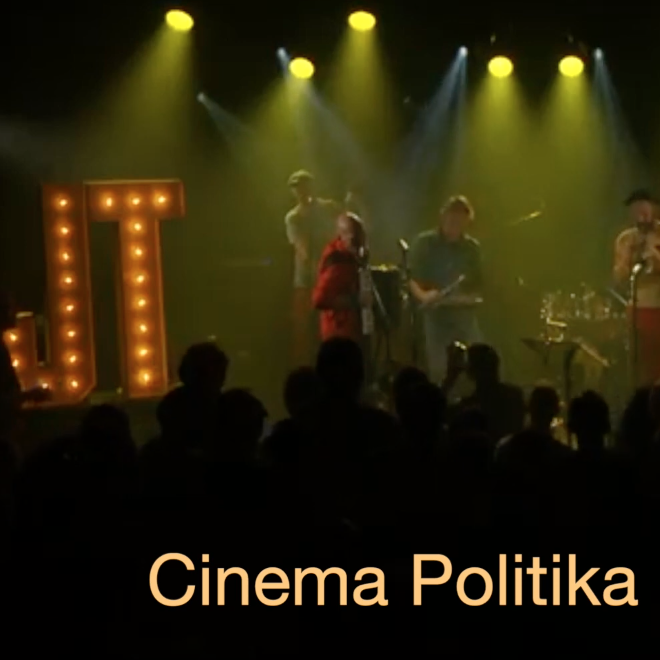 Enough with the tweets, let's take it to the streets.
Cinema Politika by Jaune Toujours, captured in its very first live performance at the Ancienne Belgique Club.
Subtitles available in Dutch, French and English.

We couldn't have anticipated how topical this song would be in all four corners of the world today, when we recorded it for the studio album EUROPEANA with Patrick KABRÉ on backing vocals.
Back then, we just mused that everybody likes to mock African politics, but no-one takes a closer look at politics in the western world.
Today, we're determined not to let the spectacle politics destroy democracy and the whole of humanity with it.

With guest musicians Jo Zanders on a diy electric likembe and Yamen Martini on trumpet, next to the usual suspects Piet Maris on lead vocal & accordion, Mathieu Verkaeren on upright bass, Théophane Raballand on drums, Mattias Laga on clarinet and Dirk Timmermans and Bart Maris on trumpet.