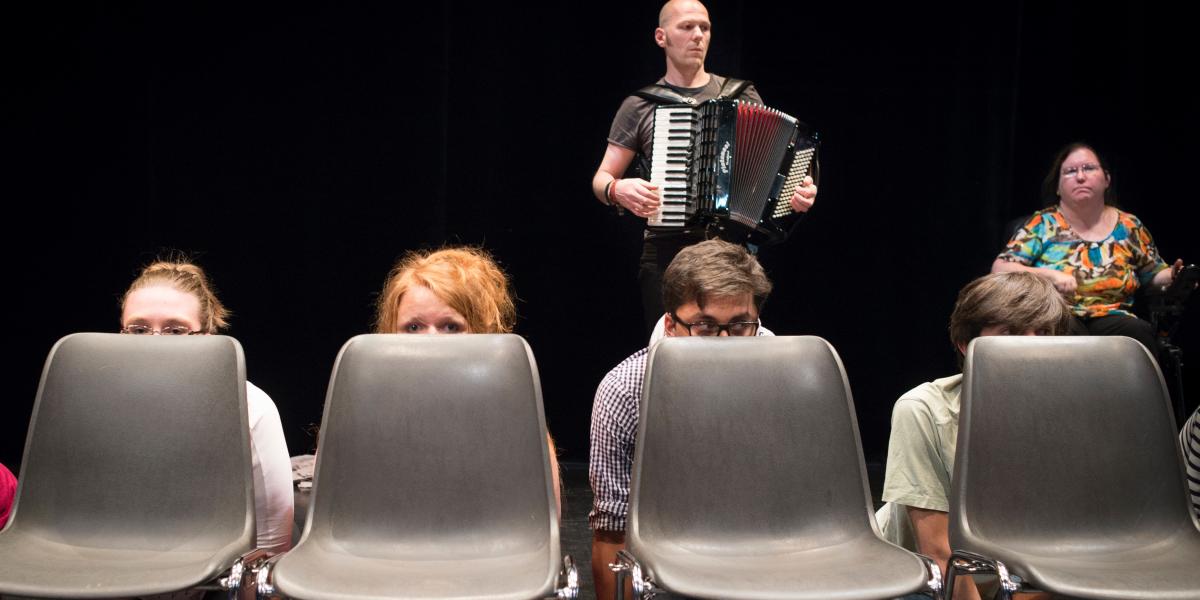 Through the collaboration with Bal Moderne, choreographies created on songs by Jaune Toujours and Ik en den Theo/Moi et le Théo, are being instructed and danced "on the spot". Through Radio Transit, Choux de Bruxelles and Jaune Toujours provided a platform to some newcomers, musicians who mostly arrived in our country as refugees. There were the Radio Transit Wednesday Music Jams in the Brussels Maximillian Refugee Center and through Radio Transit Lab, musicians from different geographical, linguistic and cultural backgrounds still can get professional monitoring. Afrobelbeat is the collaboration of Jaune Toujours with the Gangbé Brass Band, that toured Belgium and Benin in 2011 and 2012. With Madouce, Vera Coomans and Jaune Toujours brought the repertoire of Madou back to life. As Arabanda, Jaune Toujours made their very own interpretation of the Arabo-Andalusian classics. Foire, to conclude, was a multimedial spectacle in two parts: the short film Metafoor by Sarah Baur was shown as sort of a supporting program for the subsequent live-concert of Jaune Toujours, with projections that enhanced the carnivalesque atmosphere.