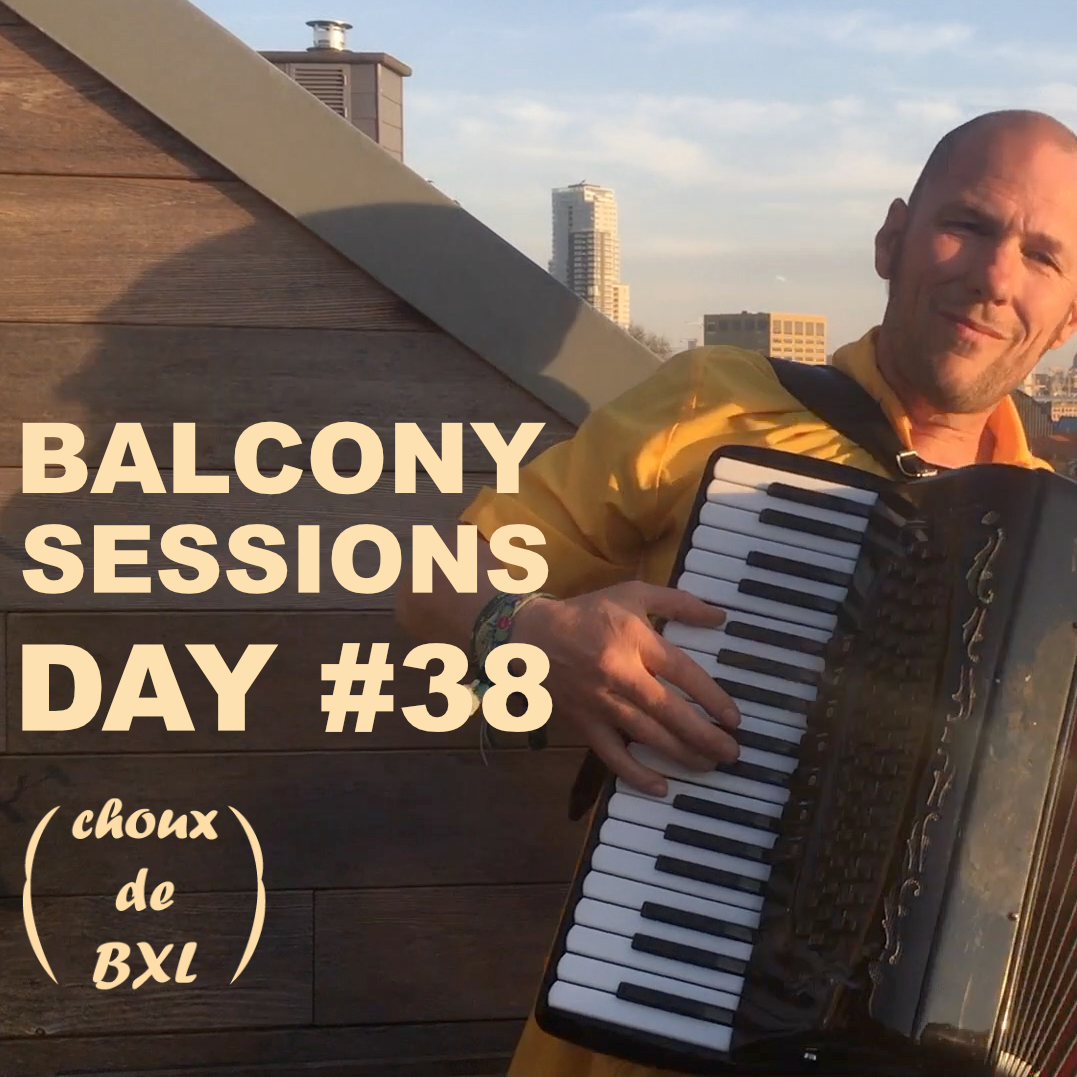 Jaune Toujours 'Ciel Orange' which can be found in a first version on the EP AfroBelBeat (2012) and later in an more edited version on the album ROUTES (2013) - created together with the incredible Gangbé Brass Band from Cotonou in Benin where we had a tour in 2012. Hence the yellow shirt, a very known piece of clothing in Cotonou, worn by the Zemidjan (the taxi motorbike drivers - Zem-i-gens = les gens des "zems", Zem is/was a brand of motorbikes, if I'm not mistaken). We all bought such a shirt, all Jaune Toujours musicians, which made us a real exotic revelation over there: yovo's (white guys) in yellow shirts of the Zemidjan, calling themselves 'Jaune Toujours'.

Listen to the original version on Bandcamp, Spotify or Youtube.