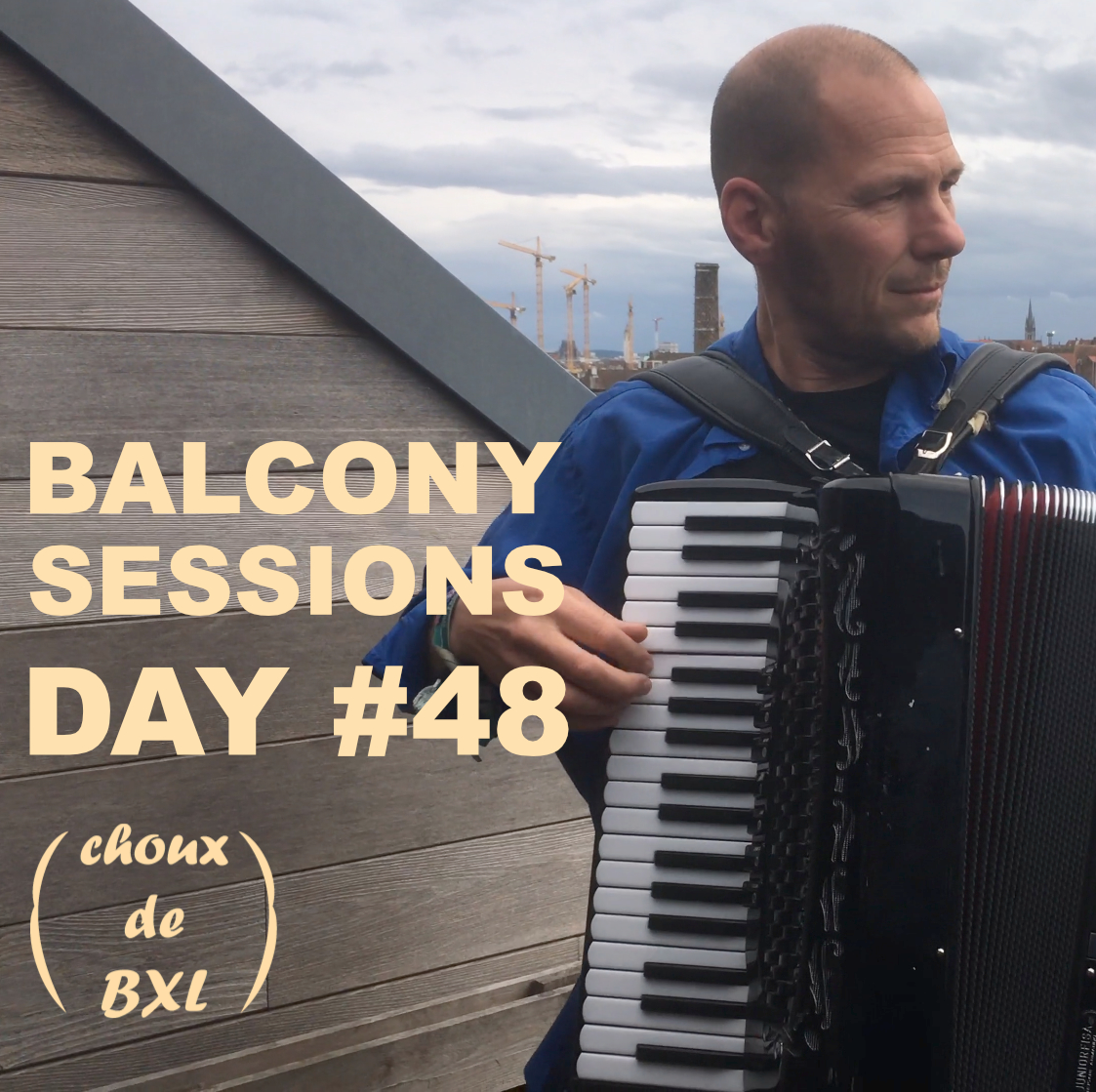 Day 48 of the Covid19 quarantine:
“Accordéon”, by Jaune Toujours, performed by Piet Maris, from the very early Jaune Toujours days: It was on several demo-cassettes (early 90’s), on the debute-EP O (1998) en recently it has been compiled on the collector’s album 20sth (2016).
Written on a grey day, on the passing away of an old accordion player… For the record (pun intended): Piet asked and got the ok from no lesser than Serge Gainsbourg’s editor, to paraphrase his ‘Accordeon’ in his song: as a sort of bridge, he used a verse and chorus from the song he wrote for Juliette Gréco.