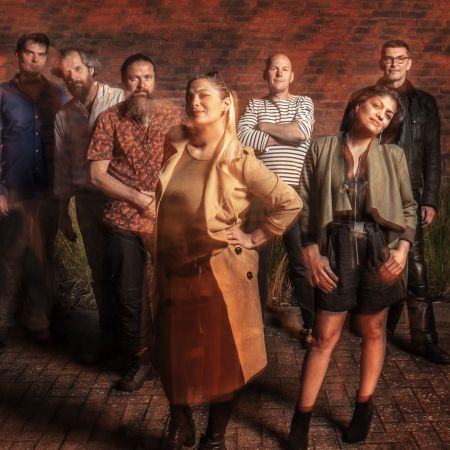 As you’d expect from Mec Yek’s origins, their music contains quite some musical surprises. Some years after SuperDiverCity they present a new album Taisa, meaning ‘tomorrow’. It’s the ‘mañana’ from the Roma, you could say. And the Covid year 2020 will show to be decisive for the sound of the new repertoire. Mec Yek has opted for a lightweight percussion device, so that it could be easily manoeuvred for safe rehearsals in a wide variety of locations: outdoors or in large indoor spaces, with the necessary distance. Most of the recordings were also done this way, in the concert venue VK in Molenbeek, Brussels. For the repertoire itself, Katia and Milka went back to their youth in Kosice, Slovakia, to a demo of songs they made with their brothers. But there are also special arrangements of traditional Roma songs. Singing is in Romanès, but sometimes also in Russian and there is even a little bit of Dutch. With a wide range of styles, from tarantella to ska to island blues. But against all odds : Mec Yek is a gypsy band without a violin.