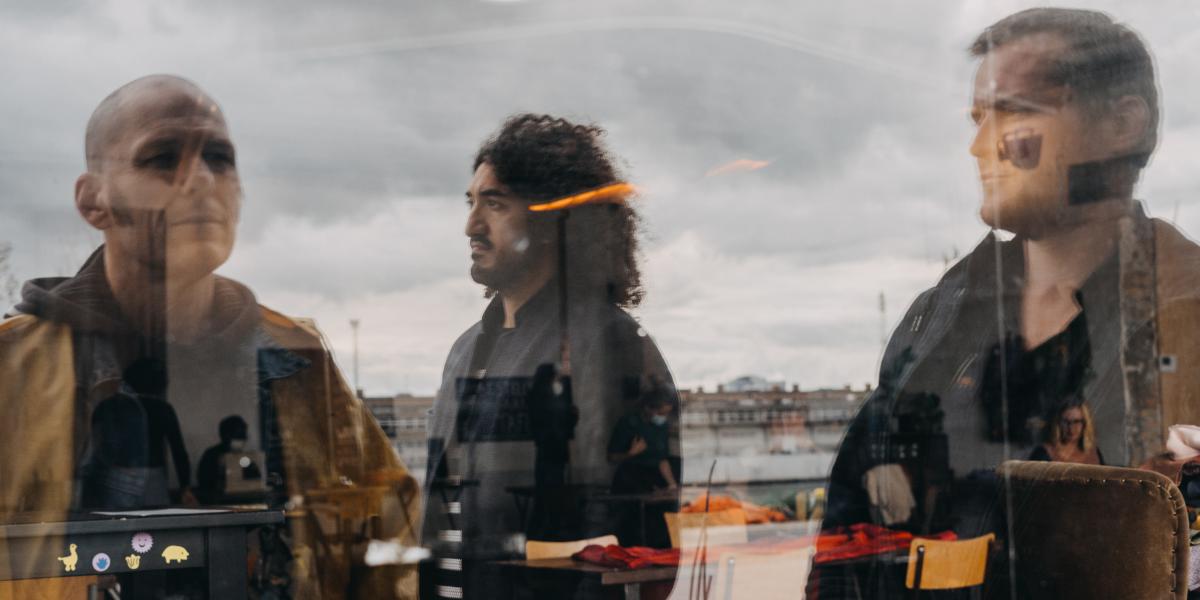 In 2015 Yamen moved from Syria to Belgium, where he met Piet: the two started working together on music for a theatre play in 2016.
Lateron, Piet invited Yamen to play and record as a guest musician with Jaune Toujours, as you can hear on their most recent album Europeana (2018).
Summer of 2019, they asked Otto to join in on their musical exchange, starting up a new trio.

Their name is based on ﻉ‎, which is the eighteenth letter of the Arabic alphabet, one of the most difficult vowels to pronounce for western people. As it is often indicated in Arabic chat- and SMS-conversation as 3, and in transliteration as 'ain, 3'Ain seemed an appropriate name for a trio playing contemporary jazz and world with oriental influences.

Find it in our webshop or on Bandcamp